Despite the fact that few girls tend to take up STEM studies, at Ferrovial we have some brilliant professionals, some of whom we have already featured on these pages. In this edition we feature three women whose profiles indicate disparate origins and motivations, yet they all have in common their work in the field of innovation. We do not have room here to highlight all the women working in this sector, but the three we feature here are an example for all the little girls and teenagers interested in the world of STEM with a view to their professional future.

The fact that your mother is one of Spain’s foremost mathematicians might be seen as something difficult to live up to, but in fact it proved an opportunity to learn this branch of science by treating it as a game, associating it with fun and seeing it as something natural, with no perception that this branch of knowledge was particularly complex. This is the reason underlying Laura Tordera’s love of her chosen discipline.

Engineer Bárbara Fernández took a completely different path. With no family background, nor any evident vocation for engineering, she did however, show an enormous curiosity as a child for many different questions, with a considerable affinity for science in general, and “an interest in discovering the whys and wherefores of things”.

Lorena Cuadrado, in addition to her passion for mathematics, had a love of drawing. In her case there was a family affinity: “I couldn’t decide between architecture or engineering, but finally I chose the latter speializing in Structures” she tells us. Although what I am doing now has nothing to do with my civil engineering studies, the training helps with the method, it is a bit like embarking on your own adventure”·

Bárbara, Laura and Lorena explain how they arrived at engineering and the process of development and professional growth in their career path that ultimately led them to the field of innovation with the Corporation, Ferrovial Agroman and Cintra respectively. 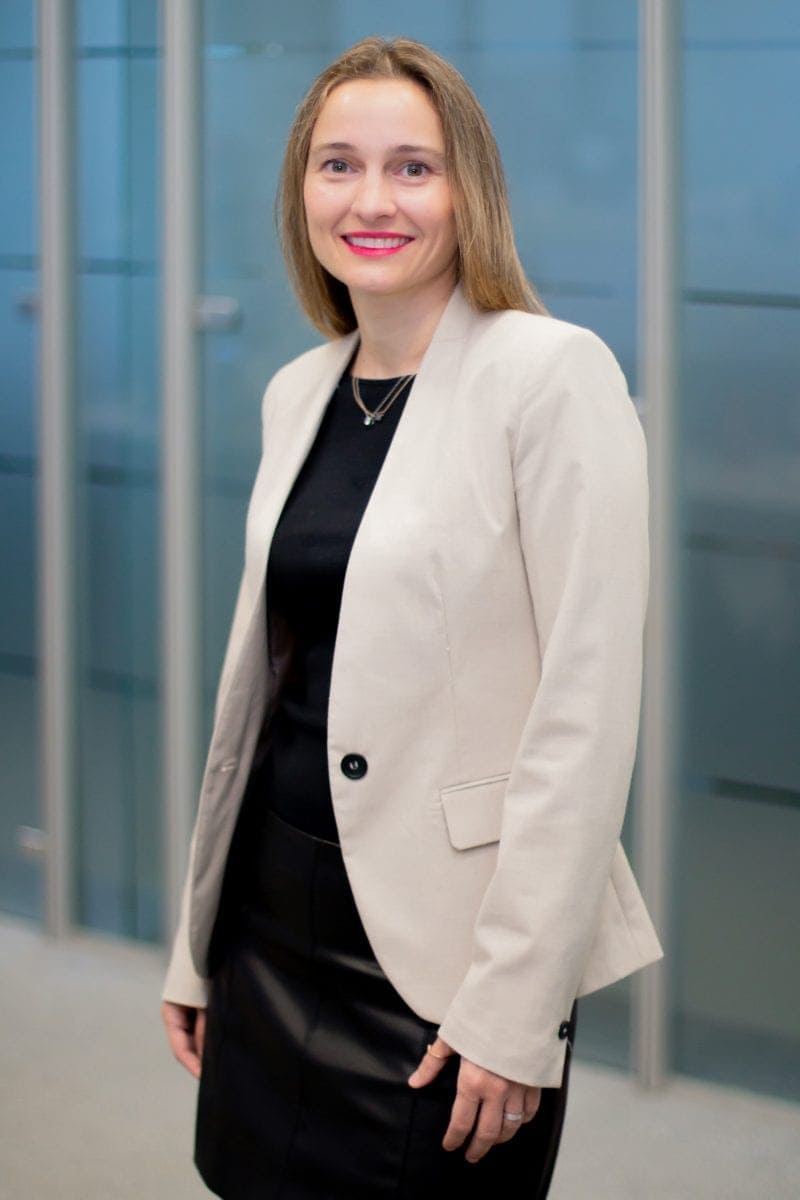 Laura is a Civil Engineer who studied at the Madrid Polytechnic University. “I liked maths but I was looking for a practical application of the discipline” she tells us. She specialized in Hydraulics and Energy which, when she started university “was the most modern and innovative area”. At that time there was talk of renewable energies and new fuels and learning more about these new applications and technologies is what led her to choose this specialty.

“I chose civil engineering because I wanted to be active in making a better society for us to live in” she tells us “I believe that infrastructures should be more sustainable , they should make life easier for people and make cities easier to live in”.

Following a brilliant academic record at secondary school, Barbara found university a shock “I was discouraged at first, but I persevered with my degree through sheer determination” she says of her studies at the Industrial Engineering School. She combined her studies with a number of different jobs, “they had nothing to do with my training, yet they helped with my personal and professional development” she recalls. Teaching and entertaining children were her initial way of making some extra cash. “You learn to improvise and manage complex conflictive situations, as you never know what a child might come up with, and they are extremely good at rebelling” she admits.

Lorena spent a year at the Polytechnic University of Turin, learning about areas closer to transport. “My first internship was in the structural calculation department in another company in the sector, but I soon discovered that I didn’t want to specialize in this field. My colleagues in that company had been doing the same thing for so long, which has not happened here at Cintra” she declares.

Having rejected several of the offers sent to her from the Structural Engineering department, she joined Cintra in 2005 in the Technical and Bidding department. She remembers in particular the environment
and working spirit prevalent at that time. “The colleagues that i worked alongside were more than just co-workers, they became my friends, and they still are today. We have had some unique experiences and even when it wasn’t your own particular project that you were working on, when it came to completion you knew that you would lend a hand with whatever was needed” she recalls of her initial years with the company. At the time she shared her workload with teaching classes in Health Engineering.

Laura joined the construction department of Ferrovial Agroman in Palma de Mallorca in 2005, without actually knowing whether or not she had finally completed her academic studies. One of the projects that she worked on at the start of her career, and of which she is especially proud, is the building that later housed the Experimental Laboratory of the University of the Balearic Islands. This was a project in which she highlights the “sustainable design and construction created for the parameters of the day”. Subsequently, and again in Mallorca, she joined the Civil Engineering department where, among a number of other projects, she worked on remodeling the Port of Alcudia.

“We have devised the Cintra Strategic Innovation Plan, working on the ultimate model and innovation management. It was a case of putting things in order, giving meaning, processes and method to what we do”. 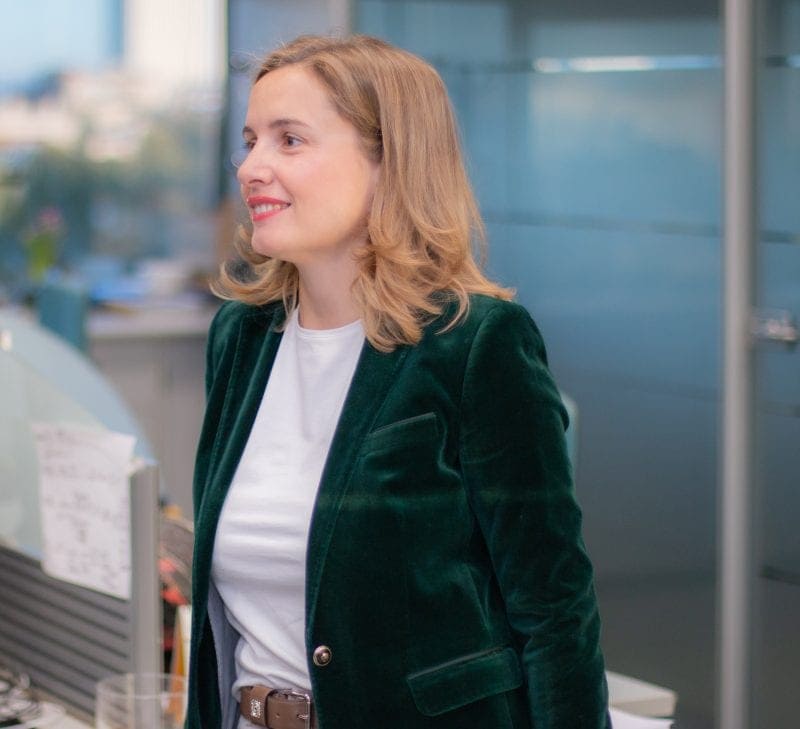 Barbara began her professional career in the world of engineering even before she had finished her degree. “It was a small company that built vehicles for the disabled, attaching the seat in the steering wheel area and I was able to work in different departments”. Subsequently she worked for 3M until she joined Ferrovial Services as a member of the Imserso contract team. She went on to work on other projects with the company and on contracts with Vodafone, Airbus and Iberia, until she joined the Tenders Department, despite being pregnant with her first child.

Like Barbara, Lorena had to manage teams. Following a period working in Tenders and Bidding she got to know the world of Operations and Maintenance in the Technical area “At that time I was interested
in the development of team members and my teaching experience was a great help” recounts Lorena.

In 2010 when Laura returned to Madrid and joined the recently created R+D+I department “It was a real challenge, a new and hitherto unknown area, but at the same time one with considerable potential. We had so much to do” she recalls.

Since then, over a 100 projects have been set up to which Laura has contributed her previous experience. “My years on site enabled me to understand the complex nature of construction project management and the strict schedules to which they adhere. Therefore, I am aware of the limitations on implementing new technologies or specific innovative and R+D in these projects” she states.

Collaboration and participation in research projects in Europe have been significant in driving this area in Ferrovial Agroman. Since 2012, the company has participated in 11 multidisciplinary projects and consortia in which technological companies, research centers and universities have taken part. “These projects, financed by the European Commission, have enabled us to discover the latest technologies at first hand, along with a culture of innovation in the company that has enabled Ferrovial Agroman to become an important component of the international innovative ecosystem” says Laura.

Barbara coincided with Gabriel Cuervo working on an innovative project in the field of energy efficiency, promoted by Vodafone, and this meeting subsequently led to her joining the innovation department of the Corporation. From her experience in this line of work she tells us “It is really interesting. You go into a management unit and your task is to manage a mini company, you have your client, your suppliers and your work team. From thereon you are responsible for results”.

Lorena then joined the innovation department in 2017 “I joined at a particular exciting time, as the focus was on developing innovation in the division” she comments. “We devised the Cintra Strategic Innovation Plan, working on the ultimate organization model and innovation management. It was a case of putting things in order, giving meaning, processes and method to what we do. We looked at why we do things, how we want them to be, and how far we can go.”

Laura also has a profile as an institutional representative in international bodies, including ENCORD (European Network of Construction Companies concerned with R&D) a European association based on R+D with a number of major international construction companies as its members, of which she has been general secretary since 2012: “It is very important to collaborate as a sector in order to obtain common goals, and to convey to society the importance of innovation in the infrastructures sector”.

“It is important not to fall into the trap of cliché or fall prey to technological fashions, to look at trends and try to find out how they can help us”. 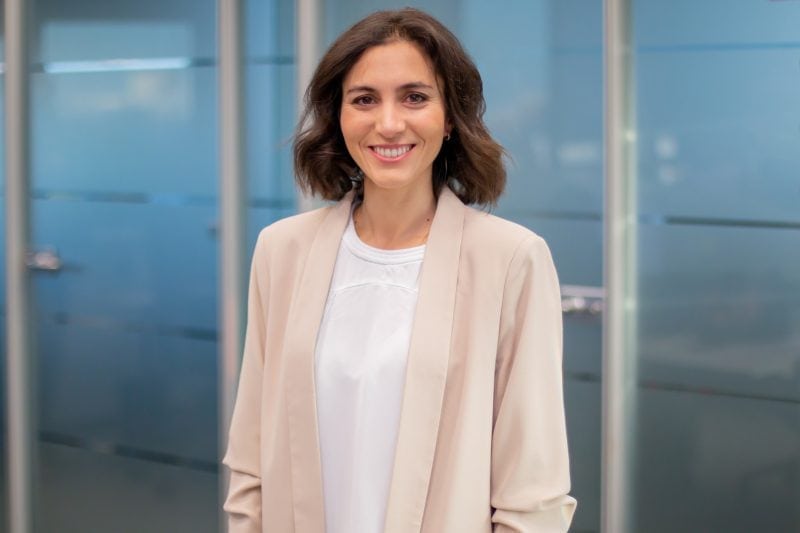 One of the main challenges for Lorena was to “debunk the myth of unconsciously associating innovation and digital technology. Something may be innovative yet in no way does it need to be related to technology, whereas it may have a lot do with efficiency. Innovation should not just be confined to operations, it should also be part of the whole organizationn, and this is why an organizational representative is a member of the innovation committee” she states.

Barbara believes that the role of “translator” is important for the different parts and components that make it all work, so that resilience becomes a fundamental value. “Innovation is not all about creativity; it depends on your role. If you are a driving force, you join the dots and organize priorities and interests of the parties, being creative is not always so relevant, what is important is knowing how to be a good negotiator and to be resilient. The key is to have diverse teams gathering different profiles”.

“It is important not to fall into the trap of cliché or fall prey to technological fashions, to look at trends and try to find out how they can help us. Innovation has many different goals, although we should not get carried away by latest developments. We have to wonder how we can do things better, how we can provide added value to our customer, shareholders and society with a clear goal” concludes Barbara.

For Laura Tordera “the company is doing a good job in the field of innovation, leading the change that is taking place in the area of infrastructures and gaining a position as a leader in the sector. In short, Ferrovial is prepared for the future” she says.

Having talked to Lorena, Laura and Barbara we have seen the passion that unites them and Ferrovial’s vision for innovation, not only from the start, but also in terms of what can be expected in the mid and long term, however, above all, employing method and taking the right steps to achieve that vision.

Ferrovial sells its Environmental Services business in Spain and Portugal to PreZero (Schwarz Group) for €1,133 million