Thus, the renaming focuses exclusively on an update of the sub-brand “Agroman” by “Construction”. The main name, Ferrovial, remains the same, as well as the typography and the pantone of its brand, maintaining the traditional yellow and grey colours that characterise the brand. “It has been arduous for us to take this decision since a large part of our history has been associated with the Agroman name but it seemed to be the most appropriate time to update the brand, seeking both a better penetration into international markets and a further alignment with Ferrovial, our Group’s brand” says Ignacio Gastón, CEO of Ferrovial Construction.

This change will therefore affect company names and brands that the Company has in countries such as the United Kingdom, the United States, Canada, Spain, Australia, Colombia and Chile, amongst others. It will not affect other Ferrovial Construction firms such as Budimex, in Poland and Webber, in the United States, or some others specialised in construction segments such as Cadagua, Ditecpesa, Edytesa, Tecpresa, Ferconsa, PLW and SCC. All of these will keep their current names and logos. 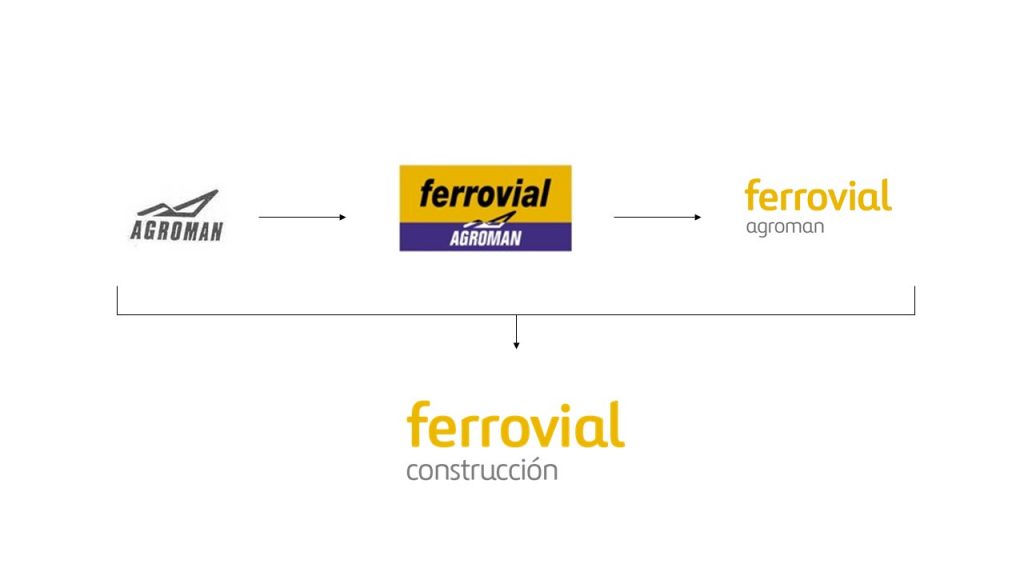 In 1995, Agroman was acquired by Ferrovial from Banesto, and from that time has become one of the most closely related brands to the parent company. The name is not only part of in the construction sector’s history, but it is also part of the sentimental memory of many Spaniards. Founded in 1927, it participated in the construction of such iconic developments like the Madrid Hippodrome, the Torre de Madrid and the Edificio España. After its merger with Ferrovial in 1999, the new company has established itself as one of the major international construction companies with works such as T2 in Heathrow Airport, the Guggenheim Museum in Bilbao, T4 in Barajas Airport, High Speed lines in Spain or Crossrail in London, etc.

Ferrovial, Awarded for the Implementation of Drones and Artificial Intelligence in Infrastructure Maintenance