El Economista, a leading newspaper in the Spanish press, has ranked Ferrovial as the third best company nationwide in terms of its ESG index for Ibex 35 companies. 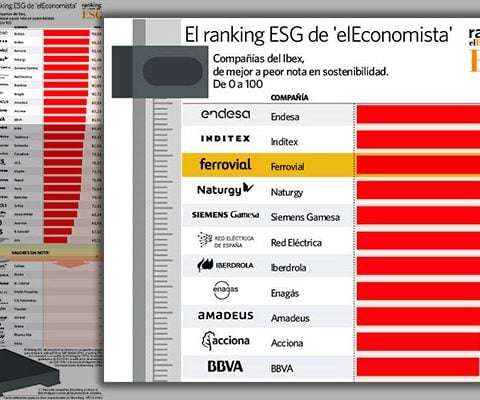 Ferrovial is rated 96 by S&P Global and 96.5 by Sustainalytics. CDP gives it the highest rating (A), and it received ISS’s second-highest score (2 out of 10, with 1 being the best). In the Bloomberg index, our company earned a 65.3. We were one of nearly twenty Spanish companies (out of 380 companies in all) labeled most committed to gender equality and diversity in the world.

This new recognition underscores Ferrovial’s sustainability strategy and is one of many other recognitions the company has received for its commitment: