Ignacio Madridejos, Ferrovial’s CEO, and other senior executives from Enagás, Talgo, Ceralto Siro Foods, and the Eroski Foundation participated in the United Nations Climate Summit COP 25 on a panel about innovative technologies for decarbonization in their sectors and the role of industry.

Ignacio Madridejos explained that,  for Ferrovial, some of the challenges are mobility, ecology, and energy efficiency.

As for infrastructure, he said that Ferrovial has considered generating power on highways for inductive charging for vehicles along those roads, something that the company is working on. Ferrovial has the first carbon-neutral highway in Dallas. 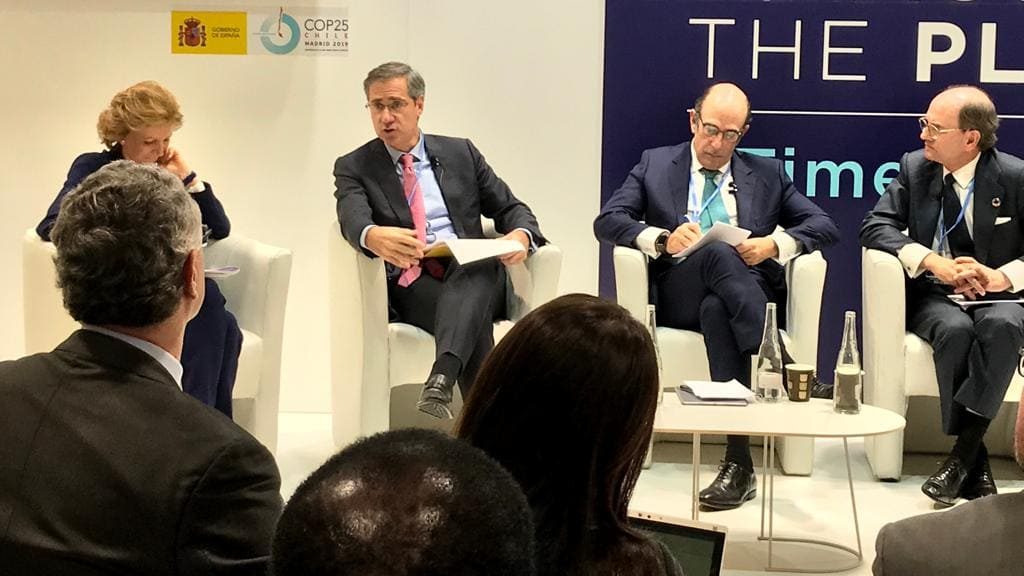 Enagás CEO Marcelino Oreja said that the company has reduced its emissions by 50% over four years and is committed to a further 20% reduction by 2030.

The president of Talgo, Carlos de Palacio, emphasized that Talgo manufactures trains that are 25% to 30% lighter than those from other manufacturers, thus consuming around 25% to 30% less energy.

Founder of Cerealto Siro Foods Juan Manuel Gómez de la Serna explained that reducing the waste produced is one of the vectors of his company’s strategy. Since 2018, all of its factories have reached zero waste.

Acting Minister of Industry Reyes Maroto, who brought the panel to a close, highlighted the big companies that have turned the fight against climate change into an opportunity, adding that they should encourage small and medium-sized companies to move toward that path.

Ferrovial increases its stake in the Virginia I-66 Managed Lanes project to 55.704%