There is no better way of dealing with challenges than to prepare for them. Cadagua is carrying out several innovationprojects, some of them with MIT, to anticipate  the challenges set by water management. 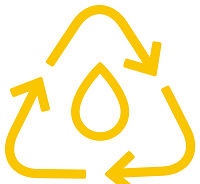 The projects being carried out by Cadagua in this field are aimed at reducing the carbon footprint and the amount of sludge generated during the treatment process and at investigating the possibilities of using it to create energy or for agricultural purposes.

This ambitious project is being funded by the LIFE programme, a financial instrument of the European Commission for promoting the defence of the environment and the conservation of nature. It seeks to demonstrate the viability of combining solar sludge drying with the process of thermal gasification. The gas produced will be used for generating electrical and thermal energy in a Rankine cycle. Finally it will test the use of inert waste in agriculture as a bulking material.

This analyzes the viability of combining anaerobic treatment in a UASB (Upflow Anaerobic Sludge Blanket) reactor and Ultrafiltration (UF) membranes to treat municipal wastewater. These treatments are more commonplace in industrial water and implementing them in municipal water would entail a drastic reduction in both the sludge generated and in the energy consumption of the treatment plants. 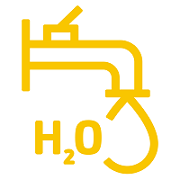 The detection and removal of emerging contaminants, which are liable to form part of future European legislations, and the optimization of costs, especially energy costs, are the areas in which Cadagua is researching.

This project, which the company is undertaking for the Bilbao Water Consortium, seeks to demonstrate the suitability of the Nervión river water as an alternative water supply source for the Bilbao metropolitan area. Numerous treatment processes will be tested, including conventional treatments and advanced ones such as Ultrafiltration or different combinations of advanced oxidations and adsorption in active carbon filters. We will also focus efforts on removing emerging contaminants (pharmaceutical drugs, recreational drugs, pesticides, biocides, etc.) and antibiotic-resistant bacteria. 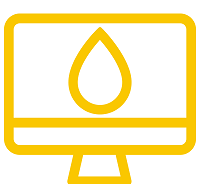 Cadagua, in collaboration with the Innovation management and the Digital Hub, is making progress in aspects such as data centralization, 3D printing, the use of drones or big data to  optimize processes and decisiontaking in their treatment and desalination plants.

Normally, managing the information provided by the plants is performed manually and independently in each plant. The general objective of the Ferroaqua platform, developed by Cadagua in collaboration with Ferrovial, is to centralize the information of the different treatment plants managed by Cadagua. This platform permits optimizing the management of  the facilities in real time and the calculation of both contractual and business indicators. The innovative feature of this platform isthat manual data can be entered in it on the daily management  of the operation (waste, analyses, etc.) and automatic SCADA and/or PLC signals. With all the information from this platform we obtain contractual ad-hoc reports that facilitate decisiontaking. It is currently operating in the Valdelentisco desalination plant and the wastewater treatment plants of San Pedro del Pinatar and San Javier

Cadagua, together with the Innovation Management of Ferrovial and MTC, have conducted a trial to apply this technology in the manufacture of a TE for threaded measuring sensors, which is used in desalination plants. This item is generally custom-designed and comprises several elements that have to be joined together. 3D printing allows the entire piece to be produced, including the thread. The piece is being tested at the Melilla desalination plant.

Cadagua, in collaboration with the Innovation Management of Ferrovial and the Digital Hub, is preparing an odour map in one of its water treatment plants from data collected with hydrogen sulphide and ammonia sensors fitted on a drone. Measuring these gases is currently performed at low frequencies, in limited  locations and at a high cost in time.

The application of artificial intelligence and big data allows us to predict future behaviours and adapt the processes in advance. Cadagua is applying these innovations in a project for predicting the volume of water that a desalination plant will have to produce in the short and long term to meet the needs of the population, both for human consumption and for
irrigation.

Red tides are concentrations of micro-algae that, in the case of desalination plants, can cause important operational problems and can even bring the entire facility to a halt. Cadagua,
Ferrovial and the Galicia Technology Institute are developing an early warning system to alert to the presence of phytoplankton in the water intake of desalination plants in order to detect these tides sufficiently in advance and with more than 90% reliability. 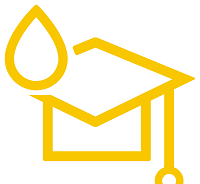 In 2011 Ferrovial signed a collaboration agreement with the Massachusetts Institute of Technology  to support research projects aimed at urban transformation and at developing the infrastructures of the future. As part of this agreement, which was renewed in 2016, Cadagua took part in various research projects.

Assessing the carbon footprint was one of the first challenges Cadagua and MIT addressed jointly. They carried out a project aimed at assessing the real carbon footprint of a wastewater
plant, in which they identified the mechanisms that generated greenhouse gases and the impact of these emissions on the environment. With this information it is possible to evaluate the sustainability of various options that can be implemented in the design of a treatment plant.

RECOVERY AND VALORIZING OF BRINE

Basing themselves on the circular economy concept, Cadagua and MIT analyzed the technical and economic viability of obtaining products from brine that can be employed in the operation of desalination plants, such as for example sodium hydroxide.

Cadagua signs the O&M contract for the WWTP at Ceuta

Cadagua signs the O&M contract for the WWTP at Ceuta